Although a great number of chiral ligands as well as chiral catalysts have been reported in the past decades, only a handful of them rooted on a very few core structures can be regarded as truly successful as they demonstrate proficiency in a variety of mechanistically unrelated reactions. People named the chiral catalysts showing good enantioselectivity over a wide range of different reactions "privileged chiral catalysts", term coined by Jacobsen. The essential thing makes one catalyst to be "privileged" is the scaffold (core structure) it possessed. Chiral 1,1'-spirobiindane scaffold collect high rigidity, perfect C2 symmetric, simple chirality, and easy modification and represents one of the ideal chiral ligand backbones. Starting with easily available 1,1'-spirobiindane-7,7'-diol (SPINOL), more than one hundred chiral spiro ligands including diphosphines SDPs, bisoxazolines SpiroBOXs, amino-phosphines SpiroAP, phosphine-oxazolines SIPHOXs, diimines SIDIMs, and a wide range of monodentate phosphorous ligands SITCPs, ShiPs, FuPs, and SIPHOS, have been prepared through a single or multiple steps. Some of these ligands, such as SIPHOS, ShiPs, SDPs, SIPHOXs, and SpiroBOXs are now commercially available from Aldrich and Strem Co. The chiral spiro ligands have been applied in a variety of mechanistically unrelated reactions, such as hydrogenation, carbon–carbon bond formation, and carbon–heteroatom bond formation, and exhibit unique enantioselectivity and reactivity. The chiral spiro ligands have become one of the "privileged" chiral ligands. 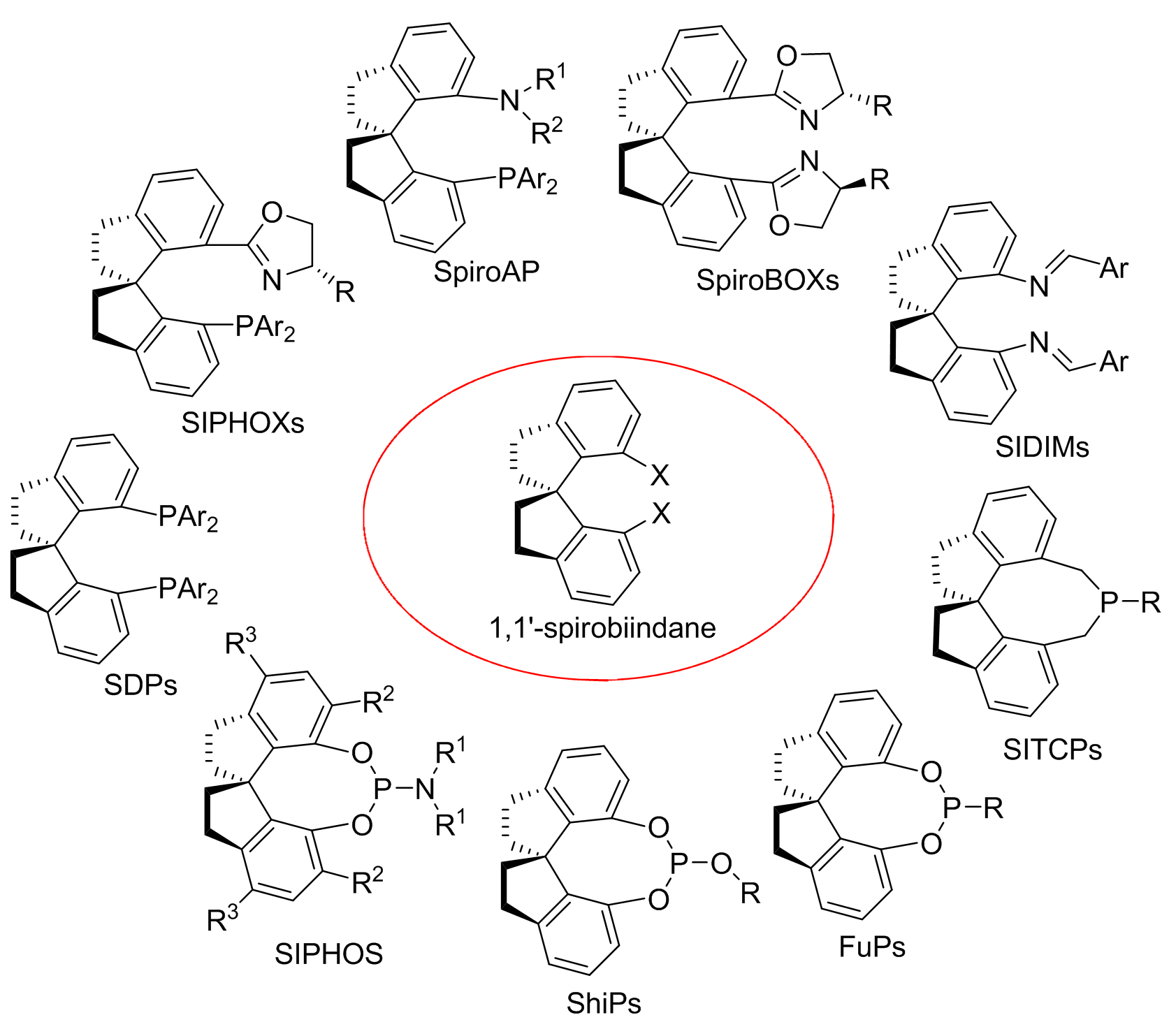